September 2, 2017 In Fundamentals Of Photography View All Blogs

A photograph in its simplest form is a record of the amount of light captured by a camera’s sensor. We often hear people referring to an image as an “exposure” which is the correct technical term.

The light sensitive digital sensor in our cameras captures and records light entering through the lens. Whether the image is light or dark will depend on the sensor’s exposure to the available light.

It is true that in some cases we can control the amount of light. We can, for example, adjust the volume of light if we are shooting in a studio, or using an LED.  In most cases, light (or rather the intensity thereof) remains the one variable that we have no control over.

What we can control, is how long we expose the sensor to the available light.

We have three camera settings available to us to do just that…. 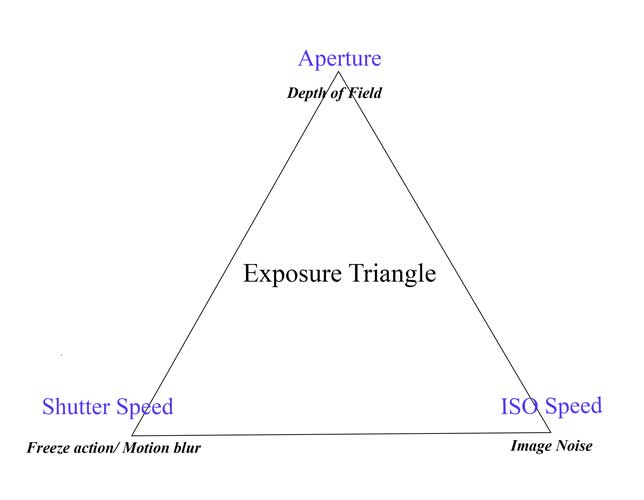 Aperture controls the area over which light can enter the camera, giving you control over the depth of field of an image.

Shutter speed controls the amount of time the sensor’s exposure to a particular light source.

Adjusting ISO, determines the sensitivity of the digital sensor

That is in essence photography.

You might be a professional with state of the art equipment on assignment for National Geographic photographing endangered Blue Iguanas.  You could be Mr. Anybody taking snaps at the annual Christmas party of people doing crazy shit. Shots that everyone knows they’re going to regret, more so when they appear on Face Book.

Every photograph ever taken is a product of these three settings.

Balancing the three settings can sometimes prove to be a bit of a juggling act. However, if you approach each task with a clear and precise goal, it can become, as they say in the classics, like riding a bicycle.

Auto: You compose and press the shutter release, and the camera selects all exposure settings.

Program(P): You have a little more control, in this instance you to choose the ISO.  The camera selects the aperture and shutter speed based on the ISO you selected.

(In my opinion, avoid both Auto and Program modes like the plague. Both limit creativity and both do nothing to help us grow as photographers)

Shutter Priority (TV): You select the shutter speed as well as setting the ISO value. The camera selects the corresponding aperture.

Aperture Priority: (AV): In this instance, you choose both the aperture and ISO values, and the camera selects the appropriate shutter speed.

These are semi-automatic modes. I  very seldom use shutter priority (TV) mode. Aperture mode (AV) however I do use quite often.

Manual (M): You have full control over aperture, shutter speed, and ISO

Bulb (B): Identical to Manual mode. In this case, there is no “time value” as such. Here you have to trigger the shutter twice (Once to begin the exposure, and once more to conclude the exposure).

My personal “go to” modes are Manual and Aperture priority. To be honest, I have never used Bulb mode. When I am photographing the night sky, I much prefer taking a series of shots at a set shutter speed and combining these shots later to form one exposure using software.

The challenge for us as photographers is to find creative ways to combine aperture, shutter speed, and ISO.  Thus producing an exposure that tells a story or in some way engages the viewer.

Really glad you found them useful. Thank you for the positive feedback.
I will be posting more in future, so keep in touch.