Photographing black mambas was epic.  I am not an adrenalin junkie.  At least I don’t think so, but I am very passionate when it comes to the natural world.

One of my favourite shoots ever was getting up close, very close to the Black Mamba (Dendroaspis polylepis).

Where most people would run a mile at the mere whisper of this legendary snake, I, on the other hand, got out my macro lens.

Oh, did I mention that I was bitten by a black mamba ten years before taking these photos?   Ah, the marvels of modern science and anti-venom!  Yes I know, at this point you might feel the overwhelming need to call me a bloody idiot.

Dismiss all the stories and hype about the Black Mamba as nothing more than pure sensationalism. Once you have done that, you have a more accurate version of this animal’s character and behaviour.

The black mamba is a timid, reclusive and intelligent animal.  Unless of course it feels threatened.  Hypothetically speaking, a threatened black mamba can be described as…the love child of Russell Brand and Courtney love, on “crack” caught in a hurricane.

What I hoped to achieve

My aim when I decided to take these shots was to try a portray this animal in the least threatening way possible.

I imagined it would be quite a difficult thing to do. Preconceived ideas and beliefs would obviously play a role when viewing these images.

The idea behind title “Peek-a-boo” was to bring in a cuteness factor.

Photographing black mambas can be tricky as they are by nature quite inquisitive and nervous snakes.

However, they do settle down when they no longer feel threatened. This little girl was no more than 40cm away from me when she decided to pop her head up to see what I was doing. 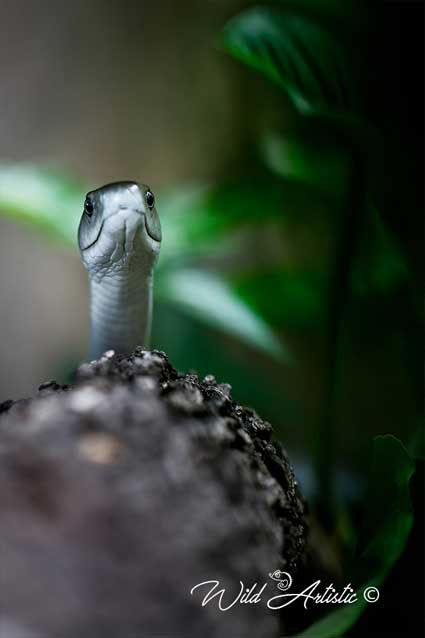 What this shoot meant to me

Mambas, contrary to popular belief have in fact excellent eyesight and pick up on the slightest movement. They are extremely agile and reputed to be the fastest snake, with speed more than 19km/h.

People often ask if I in any way felt nervous taking these shots, and honestly, I am always reluctant to give a truthful answer.

Firstly, everyone expects “nervousness” and “fear” at the mere mention of this remarkable reptile. It is after all the Black Mamba.

Secondly, if I do tell the truth, it might be seen as me bragging and being full of myself.

I more often than not tell the truth though. I felt privileged that these magnificent creatures allowed me to get so close. Not for a second did I feel threatened or nervous, in fact quite the opposite, the whole experience had a calming effect on me. I felt a connection that we instinctively share with all life forms. Also, and this may be a figment of my imagination, I believe that the mambas sensed it too. How could they not, they did, after all, accept me into their world?

Sure, most will think “this guy is full of shit” when I recall my experience. But every once in a while someone will “get it,” and those are the people that may become the future champions of conservation, the next David Attenborough, or just suppress the urge to instinctively kill a reptile when they see one in their garden.

For me, photographing black mambas will always remain a life experience, and hopefully one day, God willing, I will get the chance to do it all over again…….. 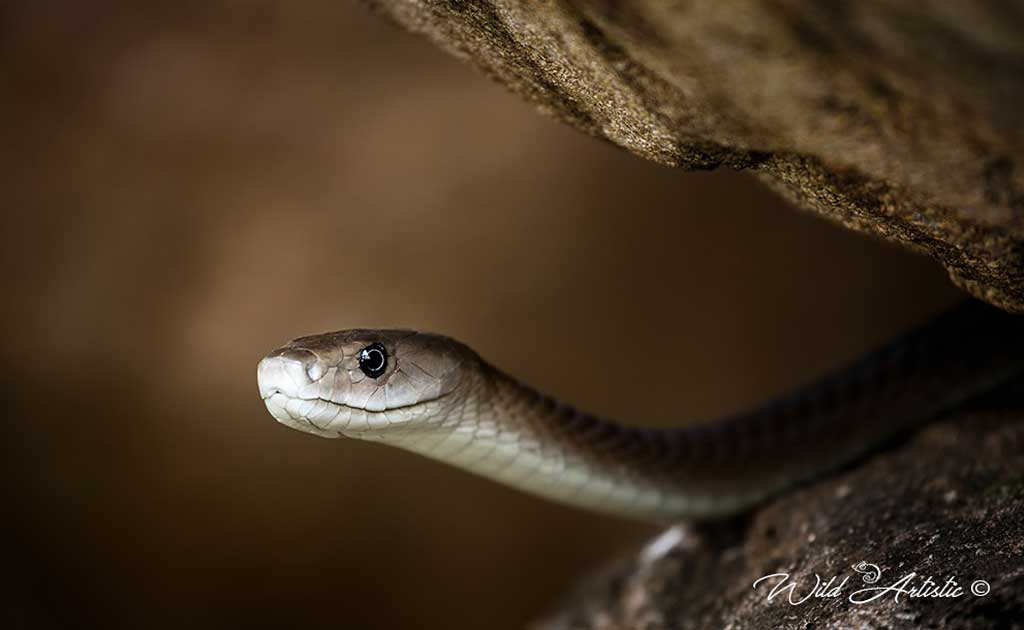