May 13, 2017 In Fundamentals Of Photography View All Blogs

Most aspiring photographers and even the serious enthusiast often ignore the histogram when reviewing their images on the LCD screen of their cameras. The Pro’s however never do!

The simple answer is that people misunderstand the histogram. The histogram is a highly valuable tool for deciding whether an image is correctly exposed.

Our aim here is to accurately interpret the relevant information it provides us as photographers in obtaining the exposure we envisaged. 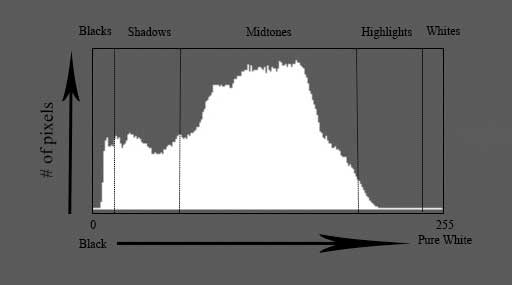 There is nothing mystical about a histogram. It is merely a bar graph. 256 bars to be precise, 0 being pure black (left side) and moving across the horizontal axis to 255 being pure white (right side).

Each bar represents a tonal value (from black to white)

The histogram shows us the distribution of dark and light pixels. The term used to describe the 256 bars as a whole is “tonal range.”

The vertical axis represents the number of pixels within each tonal value.

A histogram is nothing more than a record of what the sensor has captured (or, if you are using the Live view function, the tonal range of a scene.)

Is there such a thing as a correct histogram?

Actually yes, and no.

Yes, in the sense that it is “correct” in representing the exact tonal range and tonal values of an image.

And No, because it is just that, representation, and thus can be neither correct nor incorrect.

Let’s take a look at this example. 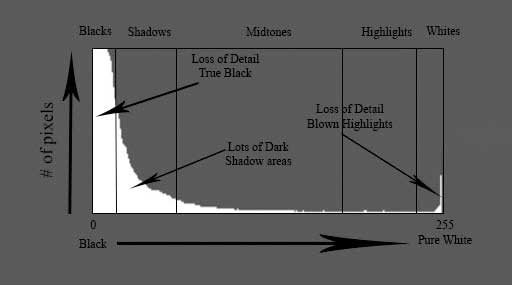 By interpreting the information that the histogram (fig2) is providing, we can deduce the following:

The dark and shadow areas of the histogram (left-hand side) contain most of the information and very little information on the right. The histogram itself “stretches” out which indicates lots of contrast.

All in all based on the histogram alone, this is not what some people would refer to as a “balanced” histogram, and probably not a very pleasing image.

What if I told you that the image was exposed correctly using the camera’s light meter?

Now let’s take a look at the photograph (Fig3), and the histogram in conjunction with each other.

Obviously, I took this exposure at night. It, therefore, stands to reason that the histogram should be “stacking” towards the left, which is what you would expect in this situation.

The artificial lights caused the “spike” or peak on the right-hand side…as expected.

The long stretched out histogram (indicating loads of contrast) is also precisely what you would expect in this shot, there is a considerable difference in tonality between the dark parts of the image (night) and the brightest parts being the lights.

Definitive proof that there is no such thing as a right or wrong histogram, yet at the same time the histogram Fig 2 is an actual (correct) representation of the tonal range and values of this image. 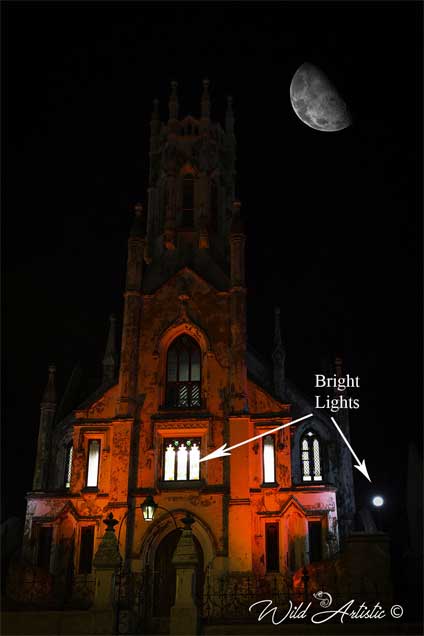 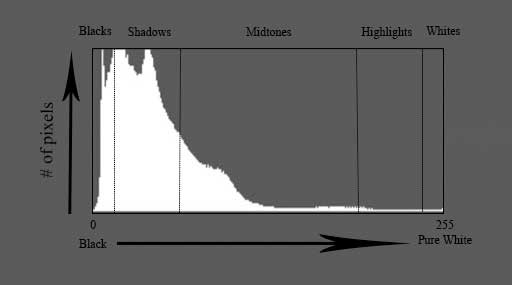 If a photographer shot this in low light conditions (like photographing the milky way), then this is what you would expect.

If however this was shot during the day and  underexposed, you would want to bring back some of the colours and contrast.

In this case, you would need to either reduce your shutter speed, widen the aperture or bump up your ISO to allow more light and thus drag the histogram back towards the centre.

The same can be true for an overexposed image. Fig5 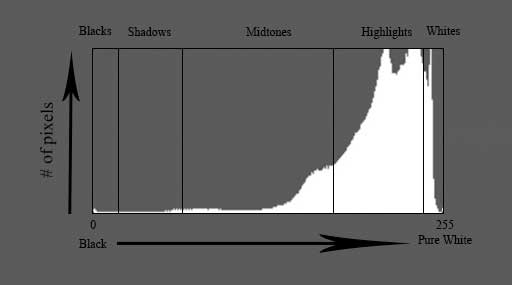 This time the information has shifted towards the right producing a brighter image resulting in washed out colours and low contrast (narrow histogram).

Once again if the scene has a lot of white, a snowscape for example, then this information would be perfectly fine.

If in this case, it is simply due to an image being overexposed, then you would need to reduce the amount of light reaching the sensor by either increasing the shutter speed, a narrower aperture, using filters, or lowering the ISO.

It is evident now that two factors are determining the shape of the histogram.

The term “clipping” refers to the highlights disappearing off the right side of the histogram or, conversely, the shadows dropping off the left.

Both scenarios result in the loss of detail.

See an example of each below: 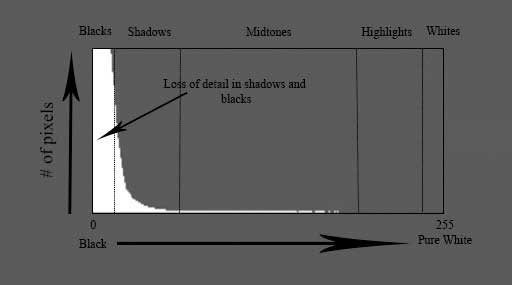 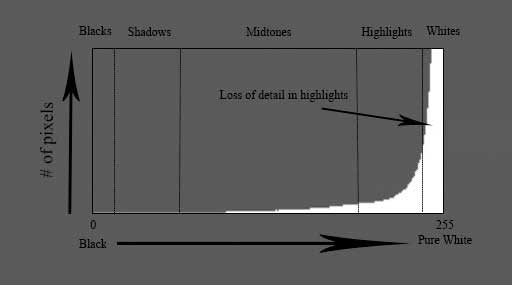 In most cases, not always, clipped highlights are more noticeable than the loss of detail in the shadow areas. “Clipped” highlights may, and will often ruin shots. Conversely, clipped shadows are more forgiving.

It may not always be easy to notice clipped highlights. Most cameras though have a “highlight warning” functionality. With this feature enabled the overexposed areas will “blink” on your image review screen, making life a lot easier.

So if you haven’t enabled this feature yet on your camera, be sure to consult your manual on how to do so.

Here too you can adjust your camera’s settings to reduce the effects of either scenario.

Remember though; sometimes it will be impossible to remove the dreaded “Blinkies” altogether.

The Need to bracket a shot

There is one more scenario where being able to read the histogram can be invaluable to the photographer.

Sometimes the cameras’ sensor is incapable of capturing the entire dynamic range of a scene with one exposure.

Let us for one moment say you are composing a landscape with blown out highlights. You lower the shutter speed and correctly expose the highlights. In doing so, you notice that the shadow areas are now clipped and have lost detail.

You bump up your shutter speed again, and you’re back at square one.

The photographer’s equivalent of being caught between a rock and a hard place.

Here you would have two options:

So, things to remember :